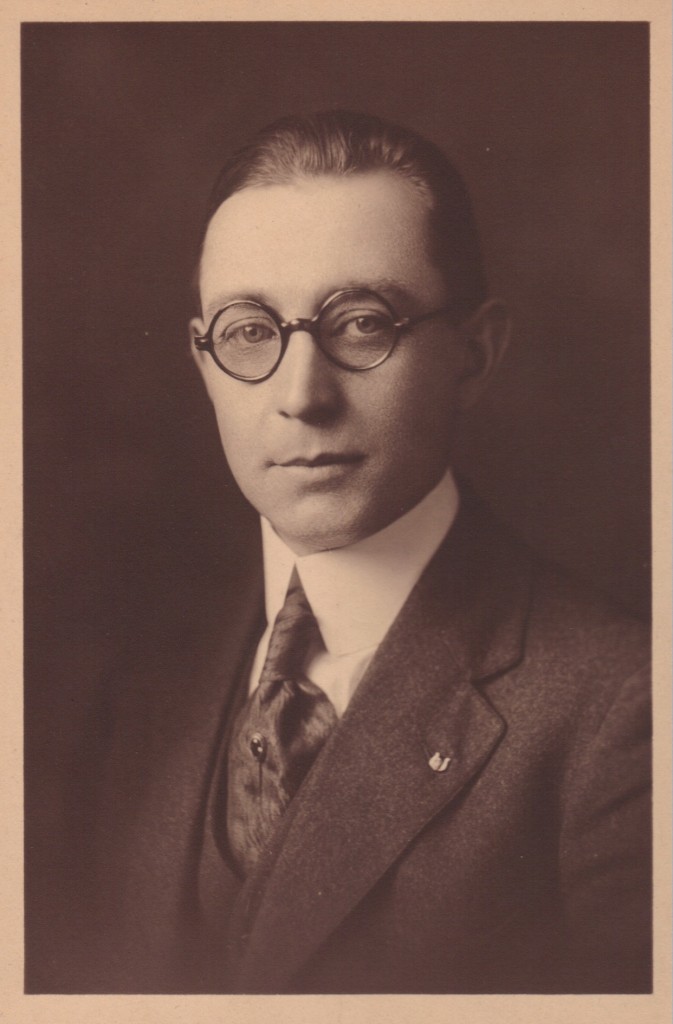 WILBUR FLETCHER LEWIS–For more than eighteen years, Wilbur Fletcher Lewis has been identified with the building, real estate, and insurance business at Somerville, first in association with his father, and since 1918, for himself. He is well known in fraternal and club circles, and has always been interested in athletics, especially in baseball. The business is operated under the name of S. H. Lewis and Son, and the office is located at 253 Elm Street.

Wilbur Fletcher Lewis, son of Stephen Henry and Laura Blanche (Wright) Lewis (see preceding biography), was born in Somerville, Massachusetts, February 28, 1889. He received his earliest education at the Edgerly School, and then continued his studies in the Highland School, from which he was graduated in 1904. The following fall he became a student in the English High School, from which he was graduated in 1908, after which he entered Berkley Preparatory School, where he continued his studies for one year.

At the age of nineteen, he began his active business career by associating himself with his father in the building and real estate business. He was soon admitted to partnership under the firm style of S. H. Lewis and Son, and the connection was continued to 1918, when the father retired, leaving the responsibility of the greatly enlarged business to the son. Mr. Lewis is an expert in his field and is known for his sound business methods and for his skill in appraising real estate values. He is handling an extensive insurance business, in addition to his building and real estate, and as the years have passed he has contributed an important share to the development and growth of Somerville.

He is a director in the Winterhill Cooperative Bank, also a trustee in the Somerville Hospital. Mr. Lewis’ favorite form of recreation at the present time is traveling, and he takes frequent trips to different sections of the country, gaining from these not only healthful change and out-of-door life, but also constantly adding to his knowledge of building conditions and architecture, as well as real estate values. He has always been deeply interested in athletics, and has especially kept up his interest in baseball.

Mr. Lewis was a member of the Bay State Ball Club, and of the Eaton Athletic Club, and is also a member of the Park Avenue Methodist Episcopal Church. He has always taken active interest in local public affairs, has served as a member of the Ward Committee and of the City Committee; and was a member of the Board of Aldermen from 1917-19, and was instrumental in introducing a number of bills of public improvements, while on the committee on public works, and was on the committee of public institutions and took an active part in that: insurance, and power and light. In 1920 he was chosen to represent his district in the General Court of Massachusetts, where he served from 1920 to 1924 inclusive, and he was also a delegate to the State Convention.

Mr. Lewis gives his support to the principles of the Republican party. Fraternally, he is affiliated with the Ancient and Honorable Artillery Company of Boston, and the Masonic Order, of which he is a life-member, being affiliated with all the bodies of the Scottish Rite, up to and including the Consistory, in which he holds the thirty-second degree. He is also a member of Aleppo Temple, Ancient Arabic Order Nobles of the Mystic Shrine; of Omar Grotto, Veiled Prophets of the Enchanted Realm; and the Benevolent and Protective Order of Elks of Somerville. In club circles, too, he is well known, being a member of the Grotto Club and the Kiwanis Club, of which he was a director, and he was a member of the Clarendon Club. Prior to the World War he was a private in Field Hospital No. 1, Boston. His religious affiliation is with the College Avenue Methodist Episcopal Church.