It looks like Ancestry.com has added new naturalization petitions for the Commonwealth of Massachusetts, and it just so happened that I did a new search on Stephen H. Lewis and it revealed three new records with some additional information on his arrival from Nova Scotia.

We already knew his birthdate, though this is yet another citation for it: 13 December 1857. Also added additional citations for birth town (Five Islands), birth county (Colchester), and birth province (Nova Scotia), as well as his occupation in Somerville, Building and Carpenter.

He arrived in the port of Boston on 10 April 1883, and on 9 October 1893, he made his Declaration and Intention to become a citizen of the United States, renouncing “forever all allegiance and fidelity” to Victoria, Queen of the United Kingdom and Ireland.

On 30 December 1901, Stephen H. Lewis “having produced the evidence required by law, took the aforesaid oath and was admitted to become a citizen of the United States of America.” He was living at his longtime residence, 44 Kidder Avenue in West Somerville, Massachusetts. An interesting note is that Edward VII was now the King, following the death of his mother, Queen Victoria.

Joseph B. Went (51 Hall Ave, Somerville) and George A. Richardson (20 Wesley, Somerville) were the witnesses. 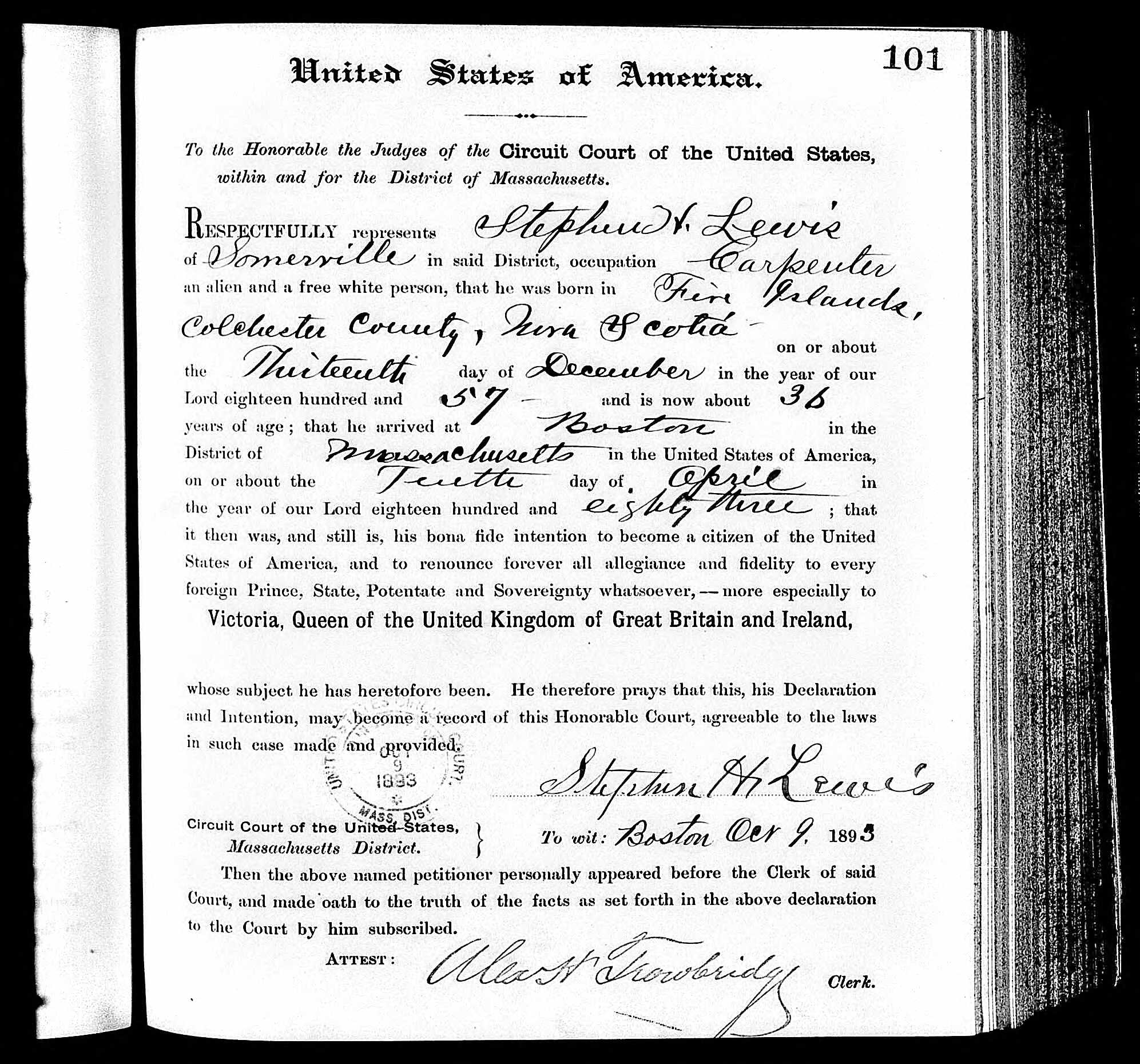 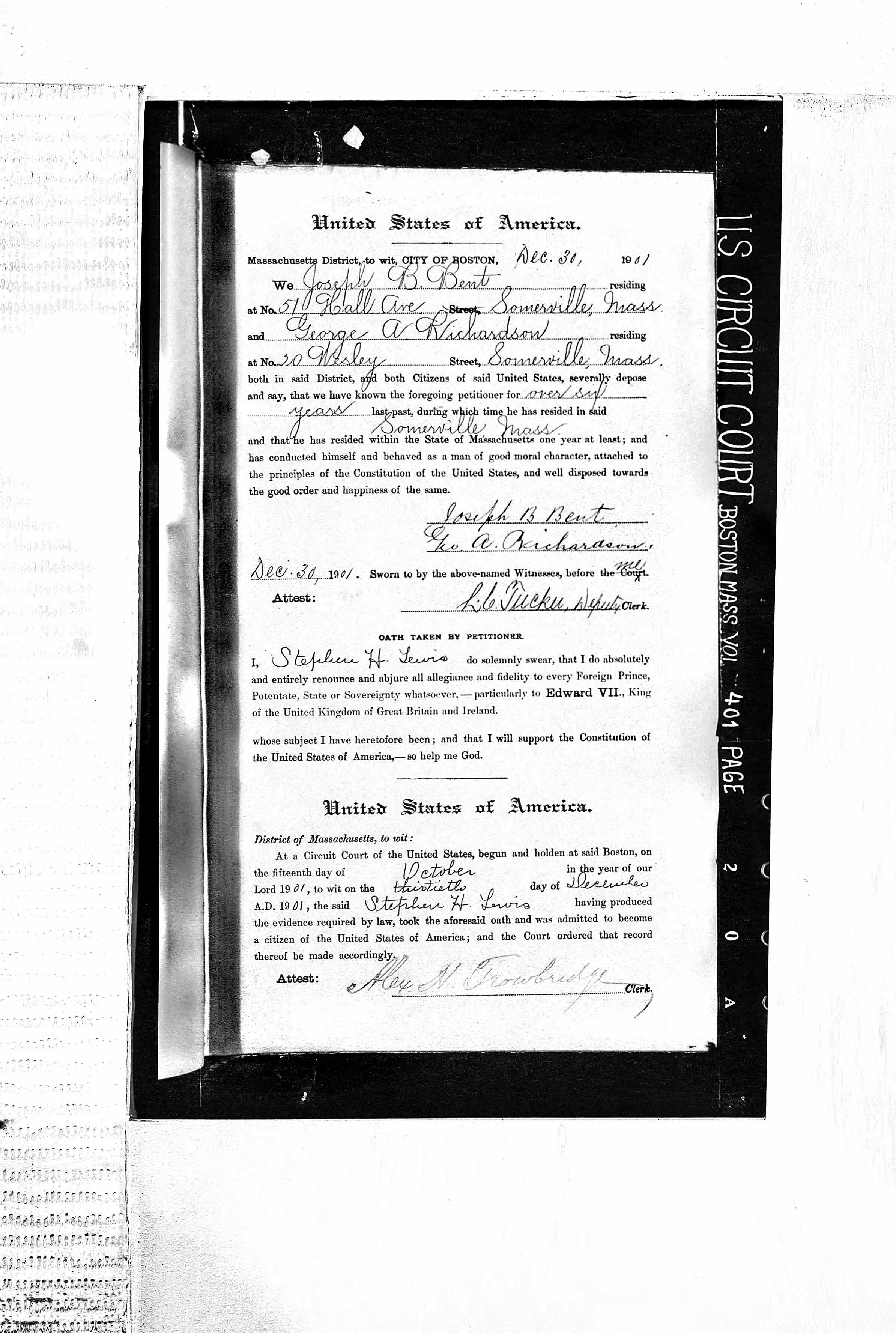