Their itinerary includes stops at the Great Lakes; a visit to the automobile factories in and about Detroit; a week’s stay at the Worlds Fair in Chicago; then a stop in Dakota, where a visit will be made to the Indian Reservation, to the home of an Indian boy, and schoolmate of Wilbur Lewis at Tilton Academy; then a stop at Yellowstone National Park; through the Rockies to the State of Washington, to look over the redwood forests in that part of the country; thence down the coast to San Francisco to Los Angeles, where they have letters of introduction to the Paramount Studios.

The exact route of their return trip had not been decided when the boys left home; but will, in any event, include a visit to Washington, D.C. The boys are equipped with tent, sleeping bags, and cooking utensils; and will live the next two months in the wide-open spaces of America. 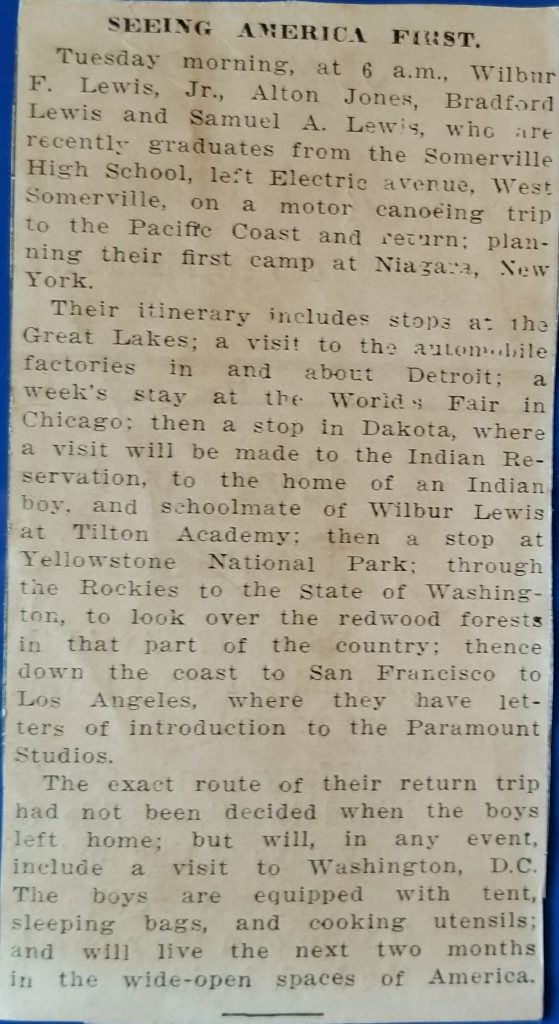