I write this post with such great excitement. I knew so much about the my second great grandfather Stephen Henry Lewis (a lot of times written S H Lewis), the first of my “Lewis” line to come to the United States from Nova Scotia. This is a man who built dozens of houses in Somerville, Massachusetts, as well as four homes at the “Cottages at South Duxbury,” including one that is still in our family. But until this past weekend, I had never seen a picture of him. And then my brother, digging through a box of “stuff” in the family house over Easter, found a picture and said, “Ryan, you aren’t going to believe what I just found…” 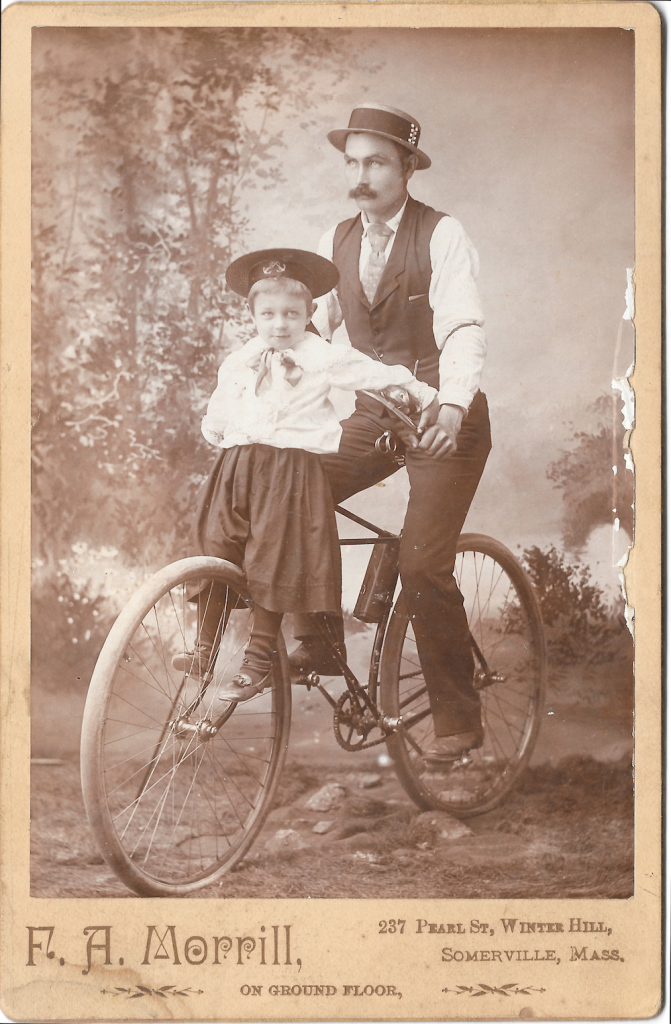 I would guess the picture is just before the turn of the century, as my great grandfather, Wilbur Fletcher Lewis, was born in 1889 and he is the young boy in this photo.