I received an email from the NEHGS today, and in it they mentioned the addition of the 1865 Massachusetts census to their collection. So I took some time to see what it might hold for additional information about some of my MA ancestors. One of those that I looked up was my 3 GGF Leander W. Mayhew of Chilmark (Martha’s Vineyard). He had been listed as a “Farmer” in the 1860 and 1870 Federal Census, so I was very intrigued with the small and slightly illegible occupation listed: Mining + Marketing Clay.

So I took to my trusty Google search to find out more about this, and came upon a post titled The Clay Industry of Massachusetts. Here is just one excerpt:

The manufacture of many varieties of fancy brick is carried on in South Boston, where the most important plant in the State is situated. The South Boston company turns out several grades of face brick, both of Roman and standard sizes, using for this purpose a mixture of New Jersey and Gay Head (Martha’s Vineyard) clays. The product, consisting of pale yellow and brown bricks, with various effects produced by iron oxides, derived from common pyritic impurities that exist in many of the seashore clays, and the addition of manganese dioxide, will compare favorably with similar bricks from New Jersey and elsewhere. Another concern in the same city produces white, glazed bricks and tiles also made out of New Jersey clays, for which there is a growing demand. Large quantities of these enameled tiles have been used in the Boston subway and in the Southern Union Station just completed. In the town of Somerset an enameled brick similar to that used in the subway is manufactured.

I look forward to continuing to research this new occupation for one of my ancestors, and will update this post as that research continues. Though it was fun to research names, dates and various other vitals, it is now in the “creating context” stage of my genealogical research that the real fun is being had!

UPDATE: I like this quotation from a post in the MV Times titled “Exploring the brickyard in Chilmark“:

The brickyard chimney stands out against the winter-gray wooded hills of Chilmark’s north shore. It is a lone, crumbling reminder of a far different time, when these quiet hills were home to thriving industries. Docks extended off the rocky shores, and schooners from the mainland loaded up on paint, clay, iron ore, and bricks; all produced in an area that is now dominated by summer houses and conservation land.

More from the Vineyard Gazette on the Harris lands. 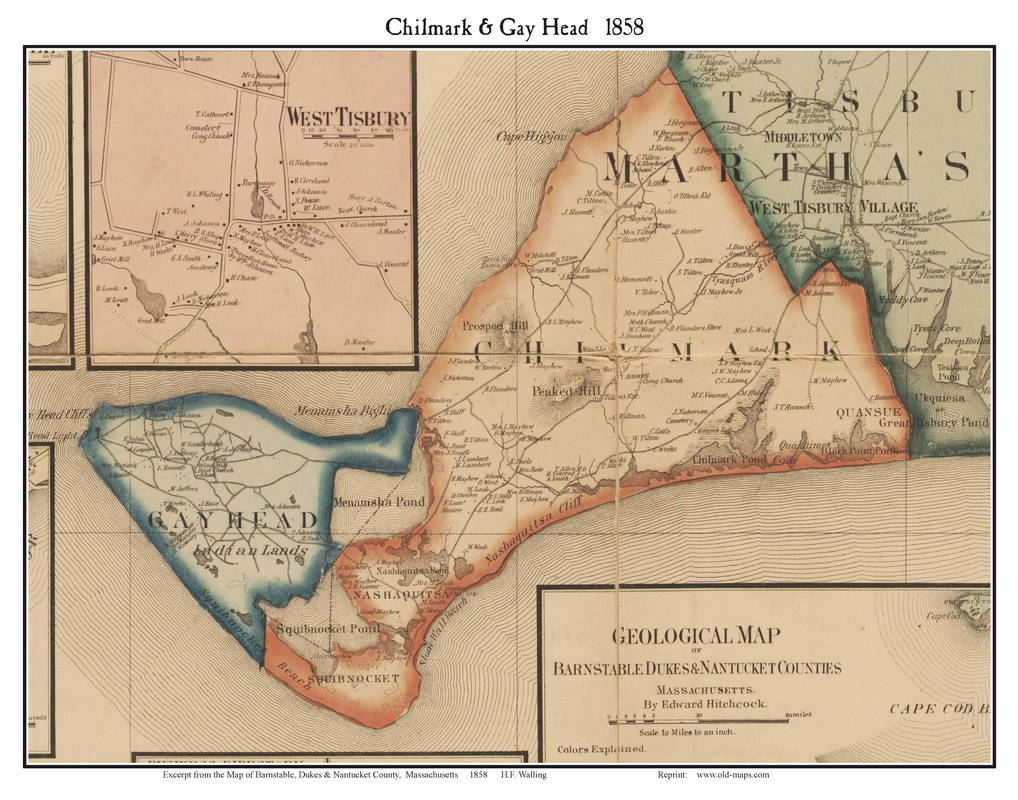