Almon S. Alfred, 85 years of age, of 1500 West Ninth Street, one of the most widely known paper manufacturers and salesmen on the Pacific Coast, died yesterday at his home after a brief illness. He had been a resident of Los Angeles for the past fifteen years, and was prominent in business and civic activities. Mr. Alfred was born in Vermont, where he entered the paper manufacturing business at an early age. For several years he was the personal representative in the United States and foreign countries of one of the largest paper manufacturing concerns in the industry. He leaves two daughters, Alice Alfred of Los Angeles, and Helen L. Alfred of Orange. N. J., and two sons. Clarence and Elbridge Alfred of Orange, N. J. Funeral arrangements have not been completed. The body will be sent to Lake Geneva, Wis., for burial. 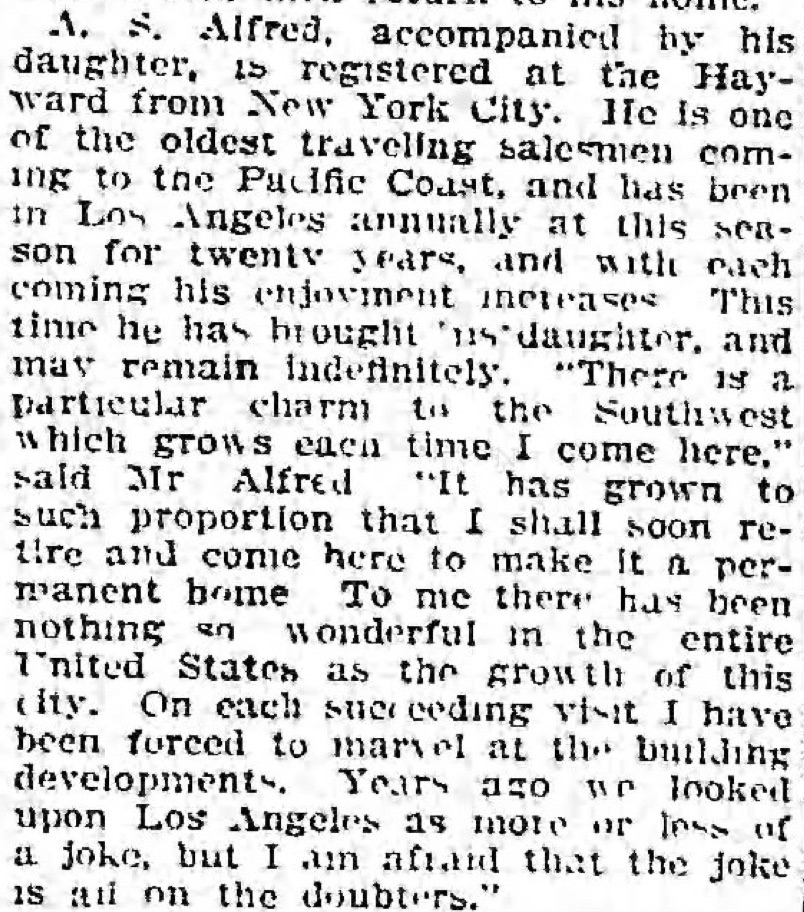